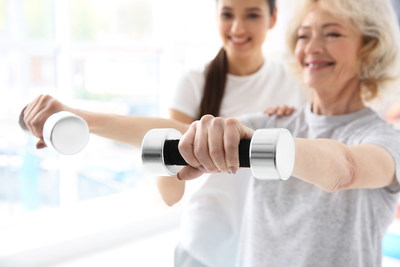 BIRMINGHAM, Ala., May 23, 2018 /PRNewswire/ — Birmingham based BenchMark Rehabilitation Partners announced today that is has acquired a majority interest in chPT – a six-clinic physical therapy practice in Portland, OR. chPT was founded by Colin Hoobler in 2002 and is a preferred therapy provider for physicians throughout Portland. Colin has an extensive background in exercise science and is a frequent guest lecturer at medical and physical therapy schools. He has also appeared on and hosted numerous television and radio programs on healthy living and the prevention and treatment of diseases and injuries.

«Colin has built a thriving physical therapy business and great reputation throughout Portland,» said Dave Van Name, CEO for Benchmark Rehabilitation. «We are very excited to have Colin as our partner and look forward to working with him and his team to expand throughout the region.»

«We’re all excited about becoming part of the BenchMark family,» said Colin Hoobler, PT, DPT, MS, Founder of chPT.  «We’ve been looking for the right partner to help us grow, and BenchMark quickly became our clear choice after meeting with them and seeing how our cultures complement each other. Through this partnership, our company will be able to reach more patients and providers than ever before!»